About the National Park City Foundation

The National Park City Foundation exists in order to:

As a charity the National Park City Foundation is led by a committed group of volunteer Trustees, and supported by a small London based staff team. 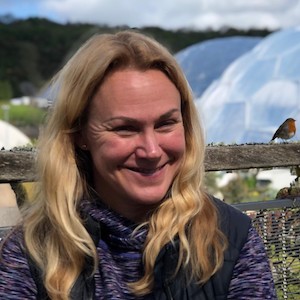 Emily is Forest Research’s Head of Science Centre where she oversees the provision of science, data and evidence to inform government decisions.

Emily has varied experience in natural and cultural heritage with roles at The National Trust, the South Downs National Park Authority, as Director of Conservation, Education and Outreach at London Wildlife Trust and conservation and project roles with ZSL, Butterfly Conservation, the Natural History Museum and WWF-UK.

Emily has completed a Clore Leadership Fellowship, the internationally- recognised programme for developing leaders in the heritage and cultural sectors and helped assure the sustainability of the Olympics and Paralympics as a Commissioner for the Commission for a Sustainable London 2012. 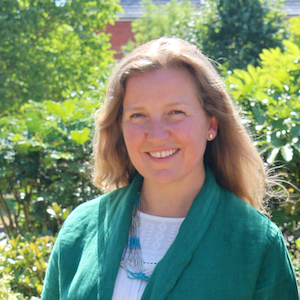 Alison has spent 25 years in roles linking the natural environment with people, currently as CEO New Forest National Park Authority and Chair of the Green Halo Partnership; and she leads on Health and Wellbeing and Nature Recovery on behalf of all the National Parks.

Previously she was Director for Natural England Team in London, championing London’s green spaces, their enhancement and benefits for the social and economic fabric of the Capital; London Sustainable Development Commissioner between 2008 and 2014 where she initiated ‘Sowing the Seeds’ - reconnecting London’s young people to their green and blue city spaces.

Alison began her career with the RSPB and led on local biodiversity policy within Defra for 4 years, shaping policy, legislation and delivery partnerships. She is a Fellow both of the RSA and Landscape Institute. 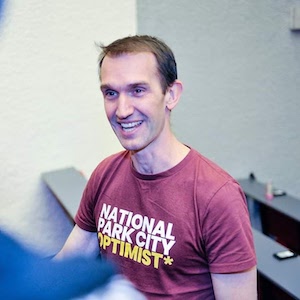 David is a freelance consultant helping purposeful organisations grow their impact and improve how they function, and has deployed this experience in public, academic and charity sectors. He is also employed as Head of Sustainability at the Duchy of Cornwall.

David’s early career was in academia, researching the conservation of a range of animal species, before working in the UK government, first as an analyst, then as a policy maker and supporting performance improvement as a senior civil servant.

David was Director of Strategy and External Affairs at Royal Botanic Gardens, Kew and more recently as Director of Strategic Change and Planning at Oxford Brookes University. He is also a Trustee of the John Spedan Lewis Foundation and is a voluntary advisor on sustainability to the England Touch Association. 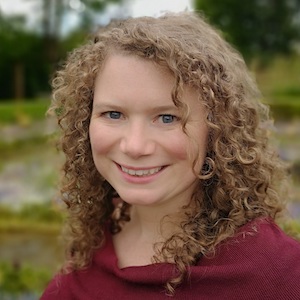 Emily is a built environment sustainability professional with over 15 years of experience. Her current role is as Head of Environmental, Social and Corporate Governance (ESG) at Savills Investment Management, where she leads the global ESG team and sustainability transformation efforts.

Emily is passionate about nature and accessible high quality green space. She is an avid bird watcher and pond enthusiast. Her passion for wildlife led her to a career in sustainability and she has worked and advised on air quality, biodiversity enhancement and green spaces, climate action and resource use, and how organisations in the built environment can deploy and gain from sustainable practices, including through sustainability knowledge transfer among professionals. 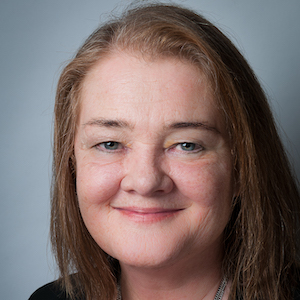 Eilish is Director of Finance & Operations at B Lab UK, and is a qualified accountant with an extensive background in the commercial and charitable sectors, including Friends of the Earth. Eilish specialises in financial management, organisational development and board governance, and has led several transformation programmes. She draws on executive and board experience in strategy, planning, compliance and financial management as a Trustee, Treasurer and as Company Secretary. With a life-long passion for nature and the environment, she has a MSc in Marine Biology and a Masters in Environment, Society & Policy.

Eilish is also a trustee, Treasurer and Chair of the Operations Committee at Outward Housing and is a Non-Executive Director of the Schools Energy Cooperative. In the past she has been a board member with the Women’s Environmental Network, the Chartered Institution of Water & Environmental Management, No More Landmines Trust and Greater London Action on Disability. 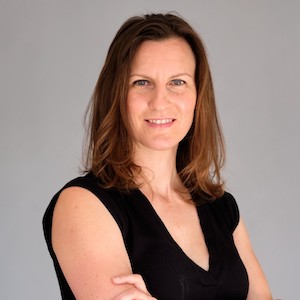 Angela is Head of Programmes and Impact at WasteAid, which works with entrepreneurs and municipal councils to tackle waste in the Global South. Alongside this she is a consultant on partnership development, project management and training. She is also chair of the Humanitarian Innovation Fund’s funding committee at ELRHA. Prior to this she spent 15 years in the humanitarian sector leading work to improve the quality, speed and effectiveness of emergency responses. She has also managed a number of emergency programmes in countries including Uganda and the Democratic Republic of Congo.

Angela has chaired the Board of the Remakery in Brixton, a reuse and repair community cooperative. She is also active with William Morris Big Local in Walthamstow, a resident-led initiative that includes a work stream to improve outdoor spaces. 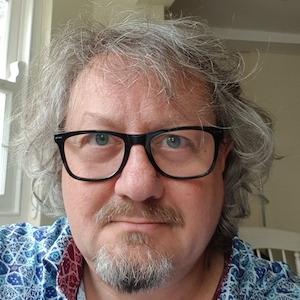 Tim is a founder Trustee of the National Park City, is on the board of the charity London Parks and Gardens, and secretary of the UK Urban Ecology Forum.

An award-winning news editor and former broadcast journalist. Tim established and managed the UK’s first all-digital radio newsroom for Talk Radio UK and was coordinator for both the London Environmental Educators’ Forum and of London Sustainability Weeks, transforming it into Love London Week.

With expertise in sustainability, food and farming, Tim moved from journalism to conservation; working with London Wildlife Trust and the RSPB. He is Manager of the BSI’s Sustainability Standards Network, ensuring all British Standards deliver the UN’s Sustainable Development Goals and move the world closer to Net Zero by 2050. 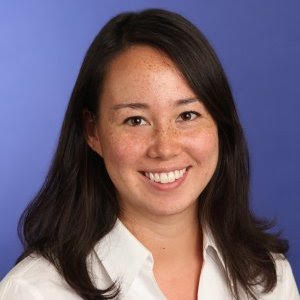 Claire is a policy and strategy professional focused on cities and net zero. In her current role at the Connected Places Catapult, Claire is helping to scale innovation-led urban regeneration projects across the UK. Previously, she worked on transport policy at the Greater London Authority on London’s transport policy, supporting the Deputy Mayor for Transport in public transport-related areas.

Claire came to London six years ago to pursue a Masters of Public Administration at the London School of Economics. Previously she lived in three different cities in Canada, where she worked in strategy consulting with KPMG. Claire credits her experience across cities with sparking her passion for accessible, green, and wild spaces in urban environments, as she has felt firsthand the impact that these spaces have on urban life.

He helped establish Rockefeller Foundation’s 100 Resilient Cities, working with cities and mayors to advance urban resilience and sustainability strategies, and managed relations with the EU as head of public policy. He has held elected civil society positions in Brussels working with the EU, Council of Europe and UN – including president of the European Youth Forum, representing 150 million young people. He advised former French President Valery Giscard d’Estaing’s incubator of political ideas, Re-Imagine Europe. 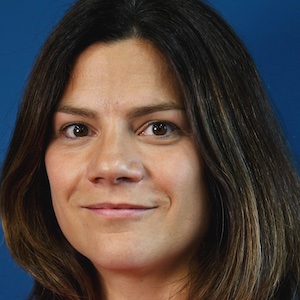 Lucy is Policy & External Affairs Director at Reall, an innovator and investor in climate-smart affordable housing in cities across Africa and Asia. She has over 16 years’ experience in international urban development, sustainable cities and green buildings, operating at the intersection of the not-for-profit, public and private sectors.

Having spent over a decade of her career at Reall, Lucy has played a key role in shaping Reall’s emergence as a market-leader delivering green housing and community resilience solutions for people on low-incomes. Lucy has held leadership roles spanning strategy, operations, impact investment, fundraising and policy, and is a passionate collaborator around city initiatives that jointly deliver for people and the planet. 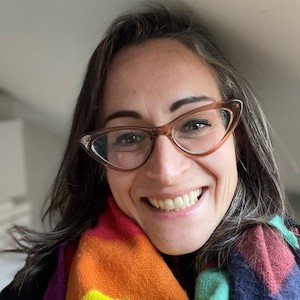 Jo is a Senior Programme Manager for the National Trust, leading their programme in London to address unequal access to nature, beauty and history. Over 11 years with the charity, she has built up extensive experience delivering major infrastructure and improvement projects within heritage settings as well as leading large partnership initiatives in Birmingham, including the restoration of Roundhouse Birmingham and future plans for Moseley Road Baths.

A project professional for over 20 years, Jo started out in the events industry managing corporate, private and charity events across the UK before making the move into the cultural and heritage sector. Prior to joining the National Trust, she worked at the Natural History Museum on major public engagement events, projects and exhibitions, including the Ice Rink and Wildlife Photographer of the Year; and managed government investment into museums in the West Midlands, South West and London as part of the former DCMS Renaissance programme. 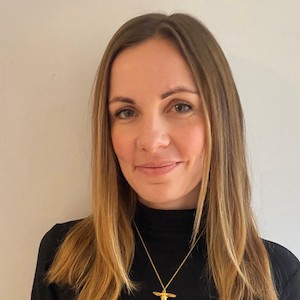 Melissa has been working in sustainability strategy for over 12 years. She is currently at Unilever, with a remit of driving business action in support of and aligned with public policy relating to nature and climate adaptation.

Previous roles have included Sustainability Communications Manager at the London 2012 Olympic and Paralympic Games, sustainability manager at the PR firm, Hill & Knowlton, advising clients such as WWF, HSBC, IHG. She previously took a sabbatical in New Zealand working for the Department of Conservation on indigenous bird conservation and for the Green Party, New Zealand. She has a masters degree in Publishing and a Bachelor’s Degree in English and Linguistics. 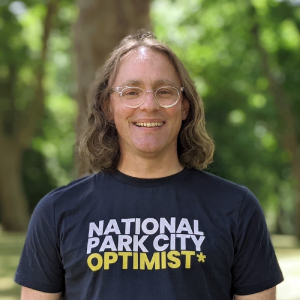 Previously Chief Executive of mySociety, a UK based social enterprise, who help people be active citizens. mySociety’s popular services FixMyStreet.com, TheyWorkForYou.com and WhatDoTheyKnow.com are used by over 11 million people each year; with their open source technology and research used by individuals, journalists, and civil society in over 40 countries worldwide.

Prior to mySociety, Mark enjoyed a diverse 20-year digital career including stints as COO at design consultancy BERG, as a senior advisor at political campaigners Blue State Digital in London, and served on the national executive of the Green Party of England & Wales for five years. Originally studying Architecture at Strathclyde University, he got his commercial start in 1996 working for a small web design agency in Birmingham before setting up glue London, the UK’s first digital advertising agency in 1999, going on to become global managing director of Isobar, following glue’s acquisition in 2005. 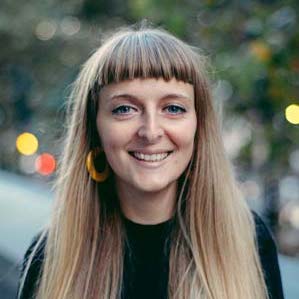 Floree is a Ranger Programme Manager for London National Park City. She has more than 10 years’ experience working with talent and purpose led organisations like Impact Hub and Koreo, to accelerate social and environmental change.

Her interest lies in innovation tools and systems change methodologies that can tackle and solve complex problems. She does this through her interdisciplinary specialism in coaching and action learning, facilitation, business development, event management, innovation / co-production, community building and content design. Floree is an activist for indigenous rights and biodiversity loss; a nature lover with a passion for holistic living. 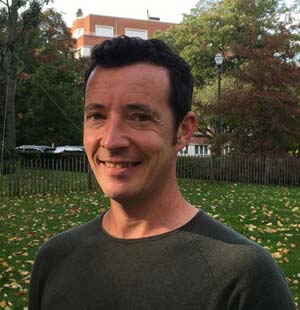 Ed is a Ranger Programme Manager for London National Park City. He has a background in biodiversity conservation, science communication and community volunteering having worked for organisations including the Marine Conservation Society, Bat Conservation Trust and Natural History Museum.

Ed has a particular interest in community-led conservation and mainstreaming biodiversity conservation within policy. With significant personal experience in volunteering, Ed is committed to supporting volunteers as well as demonstrating the invaluable role they play in making our world a better place for nature.

Some of the organisations we're working with...